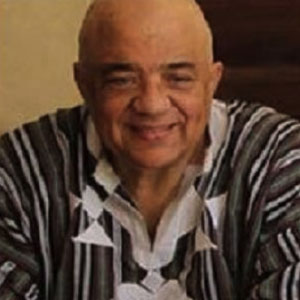 Charles S. Finch III was, until June 30, 2007, Director of International Health at the Morehouse School of Medicine. He is a 1971 graduate of Yale University and a 1976 graduate of Jefferson Medical College. He completed a family medicine residency at the University of California Irvine Medical Center in 1979.

Dr. Finch joined the Department of Family Medicine at the Morehouse School of Medicine in 1982 and then the Office of International Health in 1989, eventually becoming the principal investigator of a traditional healer survey among the Serer People of Senegal, 1991-1992. Dr. Finch led three additional traditional healer projects in Senegal, ending October 1995.

Between 1992 – 1995, he led groups to traditional healing ceremonies in Senegal. Overall he has traveled to Africa 75 times.

Dr. Finch has conducted independent studies in African antiquities, comparative religion, anthropology, and ancient science since 1971. Since 1982, he has published more than a dozen articles, including The African Background of Medical Science and Science and Symbol in Egyptian Medicine. A collection of Dr. Finch’s essays, The African Background to Medical Science, was published in 1990. His Echoes of the Old Dark Land 1991and his most recent book, The Star of Deep Beginnings: Genesis of African Science & Technology was published in 1998.